Gigaw.at: Back from the future 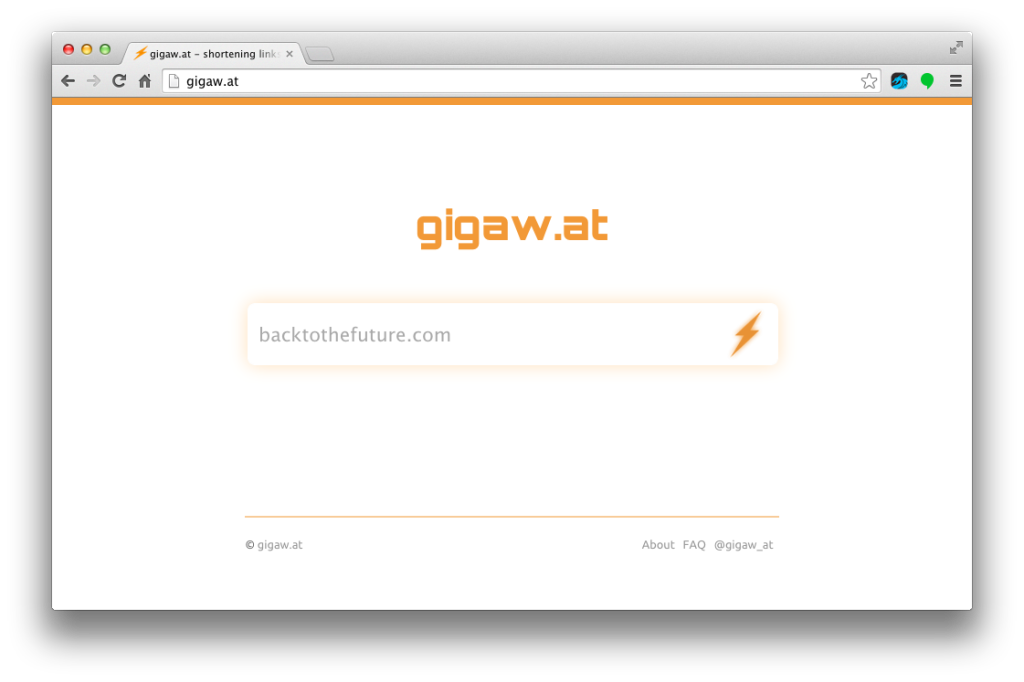 A week ago, I had an email about a domain name due to expire, which got me thinking, then two days ago I wrote a blog post about open sourcing more of my web apps that I have built and are sat lying on my computer.

Gigawat was a web app that I had built nearly two years ago, and I was running it for a good time on it’s own VPS with separate database server, and them over time it sort of dwindled out, and was not very active, and it was costing me each month with very little reward (personally), so I closed it down and decided to save my money and put into other projects. As per my blog post the other day, I want to bring some of my web apps back to life, and have a history of the code I’ve written.

I decided that gigaw.at would be my first web app to be open sourced as I knew it was in a pretty good state and was able to run with very little work… I did say little work, which turned out to be wrong as I decided to adjust a couple of things, I also removed a couple of features. This meant that I could spend more time working out how to use heroku and get it all up and running. Which was very simple, just a few kinks to work out, which was mainly the config settings to ensure I did not commit any sensitive information.

So, gigaw.at is on my github, under a GPL3 license, and it’s now back up and running over at heroku, and using compose as my mongoDB provider. Feel free to grab the code, and play around (note it’s made using OpenBD, and I need to write up a readme for information on how to get running)