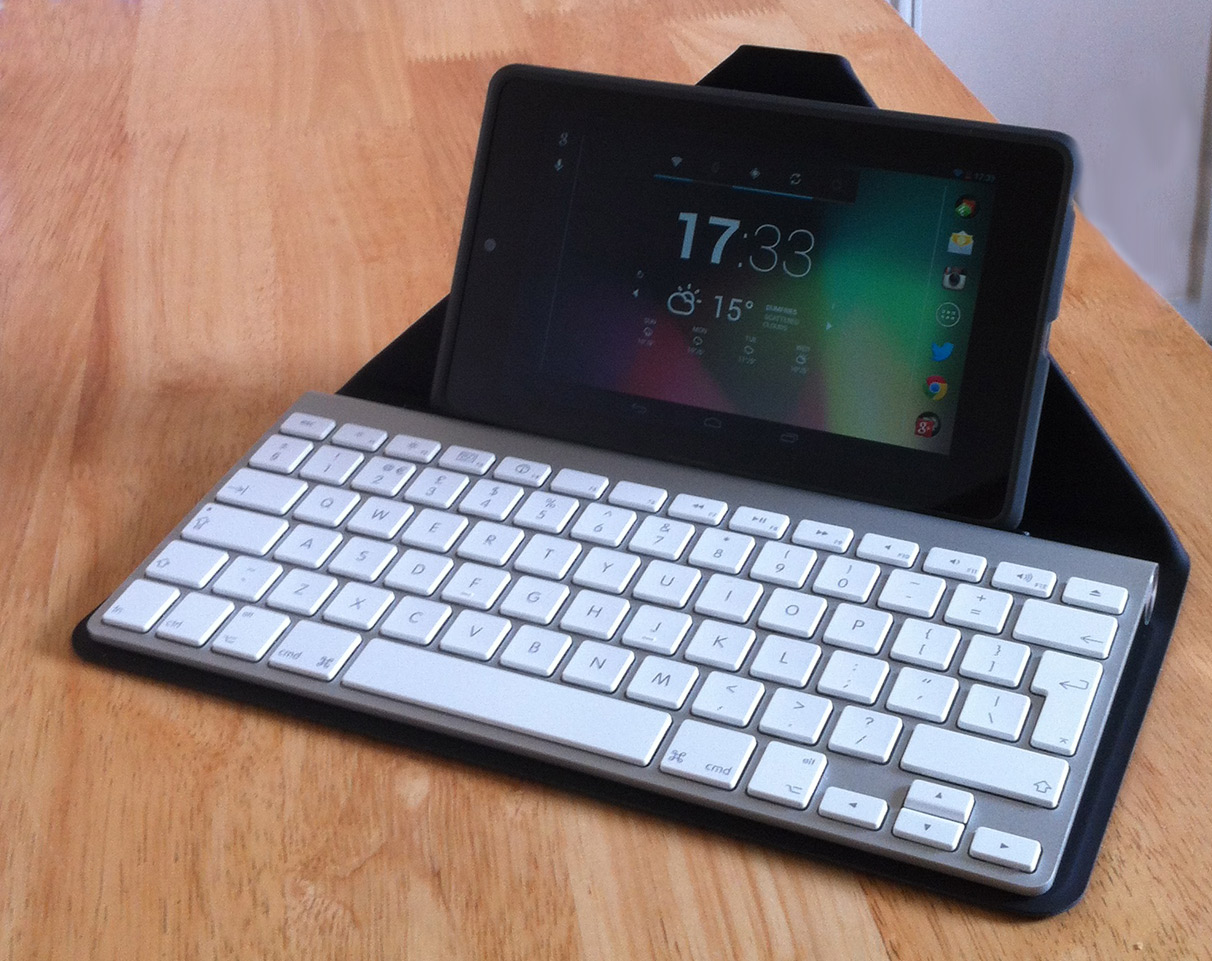 A few weeks back I was looking at keyboards that are available for my Nexus 7, my searching showed that a lot where Bluetooth keyboards which was my preferred type, then I saw someone mention that the Apple Wireless Keyboard worked fine on the Nexus, which reminded my I have one sat in the box upstairs not being used anymore. A quick trip up the stairs to fetch it, turned it on and turned the Bluetooth on the Nexus on, entered the code from the Nexus to attach the keyboard and I was away.

My first reaction was the amount of functionality of the keyboard worked on the Nexus like that you have grown to use on the desktop. The one thing I was really surprised with was the ability to CMD + TAB to switch applications. So after spend a couple of hours using the keyboard with the Nexus, I was sold that I could get used to using it for more than just browsing the internet and reading. I am actually writing this on it now, the other thing was I needed some case/device to work with the Nexus and the Apple Keyboard so I could make full use out it.

So I went searching again on the internet, but to look for a case that could work for the Nexus and the Keyboard together, I first started looking for cases for Nexus and Keyboard and this was getting me no where, so I search for Apple Wireless Keyboard case,and this brought up very few results, well actually only one that looked any good, and this was the Incase Origami Workspace case, it looked perfect from the photos and just what I was after. It did not take me a second to question the purchase of this item. I did think it was a little pricey at £20, but there was nothing else around that looked as good or neat.

So after a couple of days I took delivery of the case, and it was better than expected. The simplicity of it is perfect, it’s not too thick, and the material seems like it will last, the velcro that’s used to hold the case shut and in the folded position that holds your tablet is industrial, and not you standard velcro so I expect it to last.

After having the case for a couple of weeks and put the set up to use in multiple ways; I have used it to take notes at work, write blog posts on the couch/ in bed, and used to capture notes at a conference. The workstation that is created by using this case is perfect.