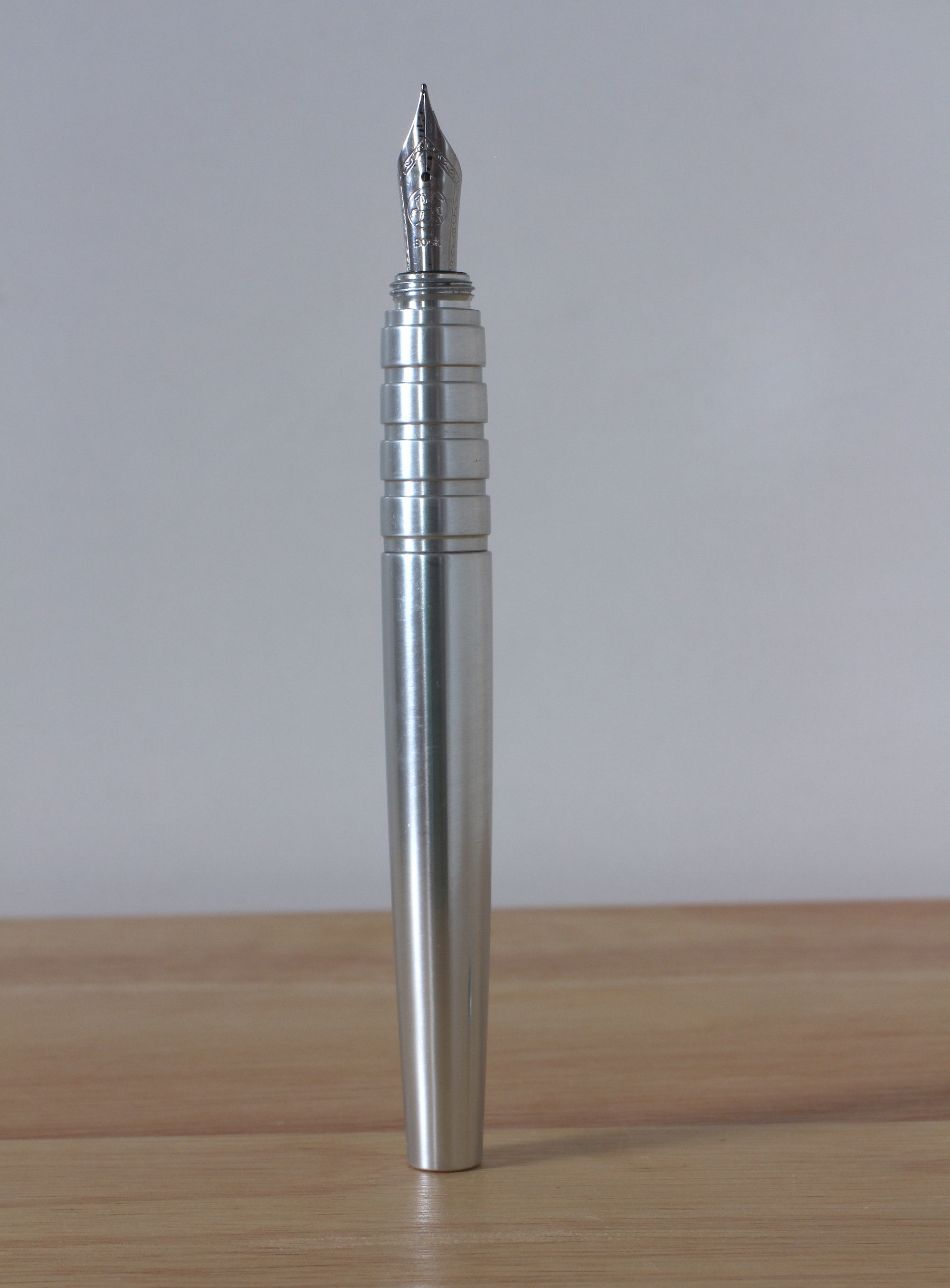 Back last August I came across a kickstarter project for a fountain pen. After landing on the page I knew I needed to back the project, the minimal nature of the pen appealed to me. Due to me finding the project late on, I missed out on the early backers deals, but even paying the full price of £26 I felt that was a reasonable price to pay for what should be a beautiful pen.

With this being my first kickstarter backed project I was a bit weary of the whole process, I’ve read about horror stories and seen lots on Twitter about bad experiences. In total I had committed £29 to the project, £26 for the £3 for an convertor, with an estimated shipping date of November, just over 2 months after the project was successful. I thought that was a bit ambitious for such an item, but I kept my hopes up. As you can probably predict I never received my pen in November, the pen finally made it into my hands in February, 6 months after the project was successfully funded. Even tho the project was a little late not too bad in my eyes, the communication from the company behind the project was amazing, they kept sending regular updates, which kept my faith in actually getting my pen.

Having received my pen just over two weeks ago, I’ve made it my daily pen since then. From first opening the envelope and small case it came it I have been over the moon with the pen. Pulling the pen from the case you get to feel the true weight of the pen, it’s not overly heavy but it has a good weight to it and you certainly know you are picking it up. While it has a bit of weight to it this does not affect long periods of use.

The design of the pen is amazing, CNC machined aluminium, that you can tell has been done to near perfection, with a perfect smooth finish. The grip is machined into the pen, and looks to be a bit clunky, but after a few moments of writing with the pen, it does not affect you too much, if you have a firm grip I can imagine a slight adjustment on your hold will be needed to get the grooves located within your fingers nicely.

Once you get into a flow of writing with this pen it become effortless, The nib is longer than some of my other pens, I needed to adjust my hold and writing posture a fraction. Also this is the first fine nib pen I have owned, and without much comparison to other fine nib pens this does not seem to be that fine. I am very happy with the thickness of the ink coming from this nib, this making me consider switching to using more fine nib pens.

The pen is avialable buy direct from namisu. If you like a nice pen, and want something that is a great, strong everyday pen I would highly recommend this pen.