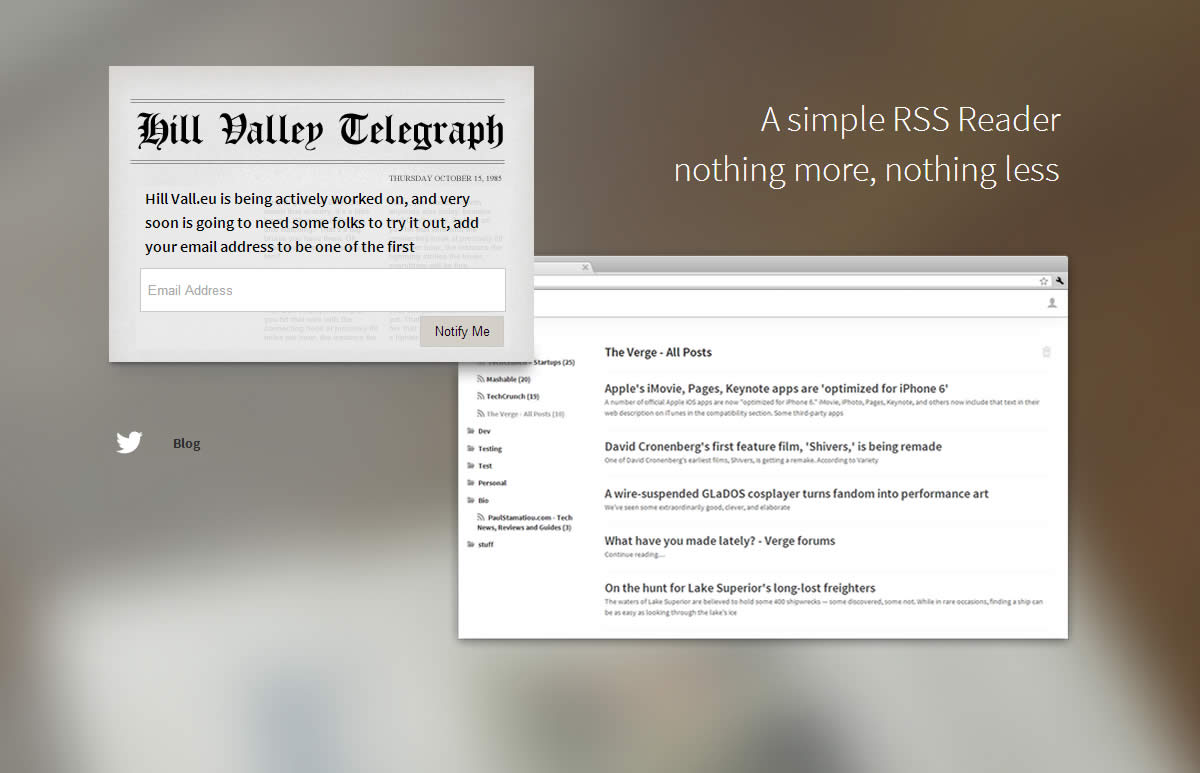 Welcome, hillvall.eu – A simple RSS reader, nothing more, nothing less.

Back in April, when Google announced they where shutting down Goole Reader, I wrote a blog post on my thoughts and how it would affect me as I was a big user of Google Reader. Being a developer I am in a position to be able to create my own solution, and that is exactly what I have been doing. I did have a working version I was using before Google shut down their service, and I mentioned this to a few people, and they showed interest.

At the beginning I was writing the system for myself, the first version I had and had started to use was very limited, no user accounts, feed management or folders. Scroll forward a few months and after the interest I decided I would rewrite the app to work with multiple users with the intention of getting it online so others can use. I’ve never set a deadline for when I wanted to get an early alpha/beta out, and the past few weeks I’ve been working very hard on it to try and get it to a alpha release. For a few weeks I felt it going a bit stale and I starting to question all the time and effort I had been putting in, but I’ve got over that stage and progress is moving along very well, and I am hoping within the week I’ll have actual users apart from myself within the app.

So, if you are interested in getting on the list for early access then head over to hillvall.eu and pop your email in the form. If you would like to keep up to date on news, and details of hillvall.eu, hen I have set up a blog for the app at blog.hillvall.eu